Why Should YOU Care About LinkedIn? 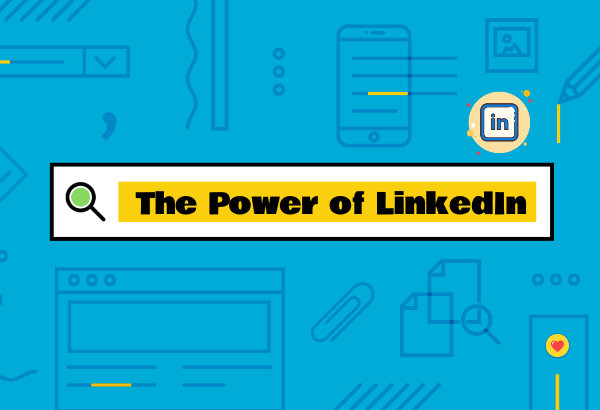 How To Use It To Grow Your Business or Brand

LinkedIn is a little different from other social media sites. The original intention wasn’t for this to be a place where friends and family could connect, but rather, it was a place for those who were looking for work and those companies looking to hire them.

It was founded in 2002, and after just six short years, it became a company valued at nearly 1 billion dollars. Reid Hoffman, the creator of LinkedIn, knew that it was important for people to have a place online where they could connect, rather than depend on corporate meet-ups and conferences for networking opportunities.

Reid Hoffman originally planned on becoming a philosopher, following more of an academic career pathway in life. But over time, he soon decided to turn his attention towards the expanding online world of the 90s and pursued his dream of building a software company.

While studying at Stanford, Reid wanted to look for a way that he could reach more people, realizing the power he could have with software that extends to minds ready to be influenced. Though LinkedIn wasn’t originally created for connecting with friends – like Facebook or Instagram – Reid began his entrepreneurial foray into the online social media sphere first by creating an app called Socialnet.

The app was designed to provide a way for people to online date — as well as connect with other small business owners. This wasn’t working out the way that Reid planned, but luckily, he had a friend that connected him to Max Levchin, who eventually went on to develop PayPal with Peter Thiel.

After working for an online business startup – that quickly became successful in its own right – Reid made enough money to invest in his own company, LinkedIn. It started with just 13 people, who invited about 112 people to join. Reid was like many other software developers that just had to wait and see if they had what it took to really take off. And today, now that LinkedIn has over 760 million members, it’s clear that Reid knew exactly what he was doing, finding success.

LinkedIn isn’t about getting liked or sharing funny cat videos. Instead, it’s a straight-to-the-point service that provides you the direct opportunity to market yourself. There’s no hiding that you’re trying to make money once you put yourself on LinkedIn. There won’t be a hidden #ad in the comment section, and you won’t be trying to convince followers to buy into your product with influencer marketing.

Instead, you are given the tools needed to brand yourself and connect with other individuals that need or want your products and services. LinkedIn is most important for those that are interested in B2B marketing. B2B is in reference to business-to-business, which deals with those companies that are looking to market their products and services towards other businesses, rather than selling on an individual, consumer level.

LinkedIn is going to be a bit easier for its users as well. There isn’t a need to alleviate the social media barrier between searching for entertainment and getting something sold to you. People are on LinkedIn for the reason that you’re on there as well. While it might be easier in that sense to market yourself on LinkedIn versus other social media, it’s also important to remember that this means a lot more competition.

Why Should YOU Care About LinkedIn?

LinkedIn is a place where Fortune 500 owners and recruitment staff go to search for new talent, prospects, projects, and people to join their team and help expand their businesses.

We’ve already highlighted how many users are on LinkedIn, and with that number, you might feel initial skepticism. Many users will make a LinkedIn account, only to abandon it when they find a different job. Still, at least 40 percent of users get on LinkedIn on a daily basis, which means that there are at least 100 million people you still have access to.

Whether you’re looking to market your company or simply share your brand, LinkedIn is still very important and relevant to the business world and those that wish to make money.

While it’s clear to see that LinkedIn is still very culturally relevant, the hope for the company, as stated by Jeff Weiner, is to get LinkedIn to a multi-billion user number, and have it be the largest job posting site and home of working professionals not just on this continent, but in the entire world.

It’s clear that this company isn’t going away anytime soon. Particularly as out of their hundreds of millions of users, there are over 50 million senior-level influencer’s on the platform, with some 40 million important decision-making executives on board as well.

So LinkedIn is more than simply a place for individuals to find  work. It is a place where important influencers are actively investing their money, and it’s high time for you to cash in on some of that investment!

Google bought Youtube for over a billion dollars, and that is an incredible price-tag for a single business acquisition. But it pales in comparison to the $25 billion that Microsoft purchased LinkedIn for!

What’s more, LinkedIn isn’t just for older, more established users either. There are at least 87 million millennials on LinkedIn, and these are the people that are going to be making major decisions in the coming decades. Out of all the social media sites we’ve discussed so far, LinkedIn should be the number one choice for those that are in B2B marketing. This is because 94 percent of B2B marketers are already on LinkedIn! Don’t be the 6 percent that misses out on this lucrative opportunity.

The Purpose Behind Social Media