What is a Hashtag?

Hashtags have become one of the most useful tools in social media. Many of the top social media networks like Facebook, Twitter and Instagram use these to generate more followers and keep people abreast with the latest news and products.

Hashtags have also turned into very effective marketing tools. Almost all things can have a hashtag made around them. Learn more about the characteristics and proper uses of a hashtag to get the best results. 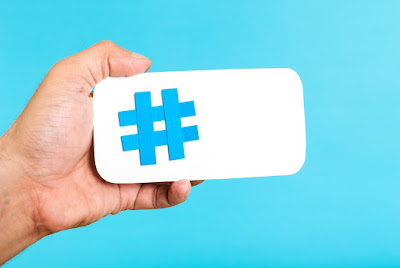 A hashtag is prefixed by the “#” symbol and was created by Chris Messina, with the intention to properly categorize topics on social media platforms. The hashtag was first used by Messina on Twitter and showed how it can properly organize issues and subjects to guide interested individuals as well as facilitate conversations.

Topics and conversations now can easily be discovered in social media networks by using the search function and simply typing in the “#” symbol together with the keyword. Hashtags generally work the same way as a keyword, composed of one or more words to specify a topic.

2. Who can make hashtags?

Anyone on the social media network can use hashtags. Simply create an online account then start posting online and using the “#” sign with the specific words that will lead people to the conversation. You can talk about recent events, issues in a particular place, a new trend or product or several other things.

Creating the right hashtag will require you to search for possibly similar ones first. Find out if there are existing hashtags that are also talking about the same subject matter by using the search function. Further define the hashtag by including specifics to separate it from other existing conversations. You can use proper nouns and the year of the event to make it more distinct.

3. How should you use hashtags?

Hashtags can be used to advertise, show emotion, announce an event, introduce a product, recommend or find people with the same interests. The main purpose is to make the topic easy to find and to look for relevant users that can help expand your network.

For example, you can come up with the hashtag #SuperBowlXXXIX to talk about the biggest event in American football, #dogaddicts to find fellow pet lovers or #Ferrari to find out more about the new features and characteristics of the latest model from the car company.

There are also top trending hashtags on Twitter and other social media sites which you can observe to determine the general traits that make it highly popular and successful.

4. What mistakes should you avoid?

Many social media users incorporate hashtags nonstop and put five or more in a single tweet. This can be very confusing to users.

Another annoying mistake is hashtagging every word or several which pertain to different topics. Many posts turn out to be very confusing or lack sense because of too many words being hashtagged. Also avoid hashtagging the same word in a single statement more than once. Put the proper capitalizations, instead of spaces, to separate words. Use about 2 to 3 hashtags per tweet which refer to the same idea or at least related to the main topic.

5. Where should hashtags be placed?

Hashtags are usually placed at the end of the post. On Twitter, since users are only allowed up to 140 characters, it is recommended by experts to leave the last 40 characters for hashtags. Do not try to fill up all the available characters though. You can also include hashtags in the middle of the sentence or in the beginning. The rule is not to use too many in one post.

Overall, hashtags keep you visible to the target audience and expand your social media network. Regardless of whether you?re using social media for business or casual purposes, hashtags will definitely help.

Tom Durby – Author – Thanks for this great article!

6 Ways to Leverage Social Media for Your Business