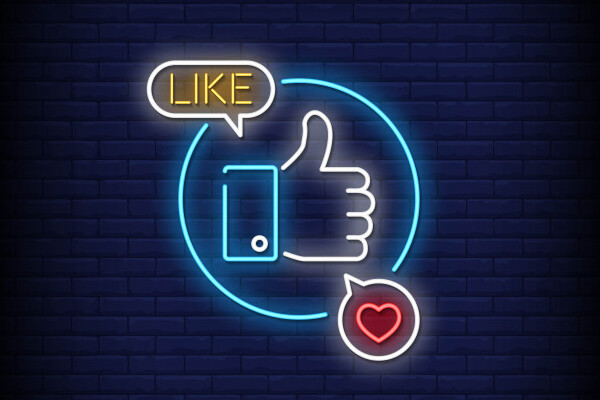 A like’s Power – (some remarkable stories of success in facebook)

It seems like a lie, it seems like a game, but a like can have as much power as a few things in the world. With just a like you can stop being an ordinary person, and go on to become an internet celebrity. If you can achieve that through a like, how strange it would be through a like, you can get your brand afloat, make it visible in the world of social media, and give it the necessary fame so that popularity will transform in sales.

Now, to finish motivating you and to show you the certainty that there is in the power of the likes, we will give you some very precise examples where you will be able to appreciate how there are brands that in just one day have gained an incredible amount of Facebook likes that after a few days they became a probable reality.

Let’s start by telling you the fascinating story of the Pamper Chef brand, which in just one day achieved more than 10,000 likes. How did they achieve that? As it turns out that the brand already existed, they had even published books, but nothing that they had already developed had given enough fruit, until they decided to go to social networks and develop a true Digital Marketing campaign in which the advertisements were the key, betting on a medium where they could choose, select, and even cultivate and educate the audience.

That last point is very important but frivolous as it may seem, it is very possible and beneficial to educate the audience so they can have the behavior you expect from them as something more than simple customers, that is, they are people who, more than just buyers, can become faithful followers of your page, and what is positive and interesting about it is that those faithful followers can transmit the message to multiply in a certain way and a follower becomes in two, and then two become four, and so on until you gain 10,000 or more facebook page likes in just one day.

Another interesting example of how a “like” can help you catapult your brand and become a very popular company is the case of LOFT, a recognized clothing brand.

The most striking thing about this example is how what you post on your social networks can be a double-edged sword:

In the first instance, LOFT published on its Facebook page, a series of photos where several very thin models appeared, using their clothes. Once the fans saw this, they felt very upset and issued a whole series of negative comments or reproach towards the brand.

What did Loft do to amend that? So they decided to apologize to their fans and post new photos, this time with common and current models that were actually their own employees. In the photographs you could see people of all ages, both men and women and even children, which then caused an effect totally opposite to the previous one, and that not only made the fans accept the apologies and trust the brand again, but they went from having more than 40,000 fans, to having almost 300,000, all in just a matter of days.

These examples make it very clear that when it comes to having a Facebook account to promote our brand, we should not only focus on the main objective of selling, because that is quite obvious and at the same time a bit silly.

When we say that focusing only on selling is a bit silly, we say it because we have to keep in mind that in order to achieve a general objective, we must first draw and meet specific objectives that ultimately lead us to our goal, which then it’s selling.

To be able to sell online, it takes much more than just creating a good advertising campaign, because as we saw with the example of Loft, if we only focus on that, things may go wrong. That ad campaign on Facebook has to be painful in our audience.

If you as the leader of your brand, think about your audience and take it into account for all your strategic moves, it is almost a fact that before you expect, the same public will return the favor, and not only will they buy your product or ordering your services, but also make others also buy what you’re selling, either directly or indirectly.