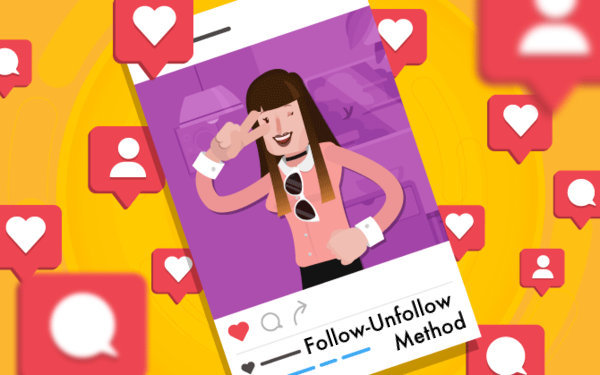 Look for accounts within your niche to follow; don’t start following random users that have nothing to do with your brand or product. Doing so will likely be a waste of time, while strategically targeting top accounts within your niche and the users that follow those accounts will allow you to reach your intended audience much quicker and help your account to gain traction. While, of course, you can start following accounts outside of your niche further down the line, it is best to be focused in the stages of growing your account.

Start by identifying large accounts within your niche, such as accounts with around 100,000 to 400,000 followers and a 10% or more ‘like’ rate – meaning that the number of likes that each picture receives is at least 10% of the account’s follower base. If the account has 100,000 followers, its pictures should typically receive at least 10,000 likes. This is important as it ensures that the account’s follower base is active and engaged, rather than a large number of inactive followers who aren’t really engaging with that account.

Once you’ve identified and followed these accounts, you can start following the users that follow those accounts in order to target people who are interested in a similar Instagram account to you and are likely to be interested in your account. Avoid following users with zero posts, as these users are not active or engaged on the platform and likely won’t be a good customer for your business.

The best method to gain Instagram followers is to follow a 2-step strategy of following an account and then liking two or so images from that user. That way, when the user receives the notification that you’ve followed them and liked their pictures, they will see that you are making the effort to engage with them – rather than just following them to receive a follow-back – and they are more likely to follow you in return.

Liking posts also helps users to know that you aren’t a bot that is automatically following random accounts, as many users are wary of this when they see that a stranger has followed them.

In the early phase of your Instagram account, you will want to spend at least a couple hours each day following accounts and using the 2-step method. This may seem tedious, but it is essential for your account to get recognized and build a large following. The author of eBook “Gramous – Become Famous on Instagram” recommends following around 750 followers a day in the growing stage, as 750 followers usually yields about 500 followers (if you provide good content).

Once your account has reached a number of followers that you’re satisfied with (for example, 15,000), you can start spending less time following and focus more on content and engagement.

When following massive amounts of users each day, you will have to unfollow some of those users as well. You will need to unfollow on a regular basis to keep your follow count from getting too high – the author of Gramous suggests that you should unfollow the same number of accounts that you follow per day, once you’ve reached a high number of follows and followers (for example, 1800 and 900 respectively).